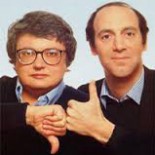 nOT THAT YOU ASKED, Blog

I found myself pretty shocked by Jane Campion’s film, In the Cut, mainly because it was directed by a woman, and not by Martin Luther or L. Ron Hubbard.  Not only did I feel hatred and contempt for the portrayal of Meg Ryan’s character Frannie, but I was actively rooting for her to be murdered by Mark Ruffalo (spoiler alert!).  Every man in Frannie’s life assaults her and could potentially, under Campion’s lens, be a drooling, blood-lusty  decapitator of women.  This film was like a mysoginy opus.  Two sex-and-marriage crazed sisters charge into abusive and empty relationships with the zeal of headless chickens, if those chickens were inexplicably aroused by nihilism.  None of the characters are redeeming, they are trapped in a depressing cycle of sex, assault, terrible dialogue and utter indifference to other humans.  It would have been a lithe commentary on the “bête humaine” if it had been written well, or been an Italian noir, or even a competent porn.  My note to Campion: if you don’t hate women, then stop writing characters you have never met or related to.  You can’t cherry pick a handful of relatable details and patch them into a real character.  Instead, you insult your own gender and betray your inability to competently write about vulnerable women (with the notable exception of the Piano).

A note: urban dictionary defines “in the cut” as a secret hiding place.  For a movie by women about women, I found feminism pretty hidden.